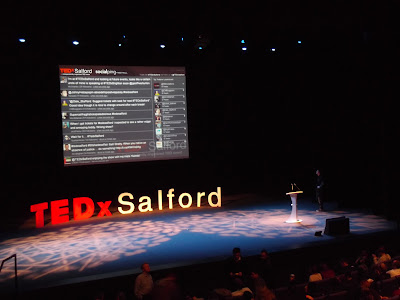 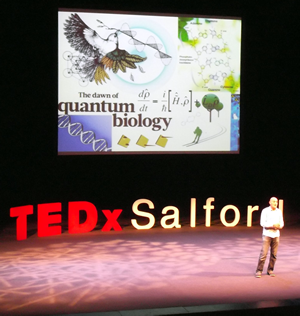 Footnote: The above is my recollection following the event – I’d be delighted to take any corrections – at worst by comments.
Posted by David Callaghan at 17:05 No comments:

Three things that continue to hold my attention:

As a means to 'pay forward' can I draw your attention to three emerging trends / thinkers in education:

Flipped model of Education:
This is where students do the learning outside the classroom, and use contact time with the teacher to discuss and explore the topics presented.  (I should point out that I started doing something similar in 2007 - students being 'instructed' by the machine leaving time for me to interact with them in a tailored manner). I suggest the wikipedia article is the best starting point to find out more about this: http://en.wikipedia.org/wiki/Flip_teaching

Khan Academy: http://www.khanacademy.org/
Why create instructional videos on maths, history or art when this guy (or one of his colleagues) already has?  Watch Salman Khan explain the academy's background and phenomenal growth in this TED talk: http://www.ted.com/talks/salman_khan_let_s_use_video_to_reinvent_education.html  If you're not hooked by 1:07, then " ... you have no emotion."

TED: http://www.ted.com/
If Khan didn't alert you to TED, then get on and take a look!  There's something really entertaining and thought provoking every week on TED - you'd be mad not to subscribe to their weekly email: http://www.ted.com/pages/view/id/112.  Note I've just got back from TEDxSalford - so I'm 'officially' hooked!

Sugatra Mitra: http://www.ted.com/speakers/sugata_mitra.html
I heard Sugatra Mitra at the ALT conference in Leeds in 2010 - he is an outstanding speaker with huge ideas that will make you question your value as a teacher - and I got to talk to him later too, but I didn't realise the significance and global reach at the time - I hope you do: http://www.ted.com/talks/sugata_mitra_the_child_driven_education.html

Ken Robinson: http://www.ted.com/speakers/sir_ken_robinson.html
A seminal thinker and presenter on education - particularly the education of children.  In this (11 minute) video the RSA have animated Robinson's speech from 20??, providing an entertaining, amusing and challenging look at the developed world's systems of education: http://www.youtube.com/watch?v=zDZFcDGpL4U

I'd be delighted to have a conversation with anyone about any of the above - perhaps we could arrange a lunch time 'virtual' seminar; Google Hangouts anyone?  I'm conscious that all the above barely scratch the surface of each topic - for example, Khan's TED talk doesn't cover the student tracking system - a vital component of the success of the approach.

Kindest regards to all, David (Just got back from TEDxSalford - BRILLIANT!!!)
Posted by David Callaghan at 13:36 No comments: